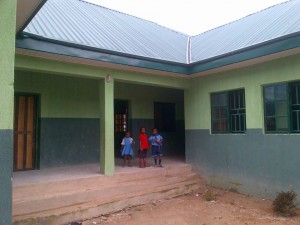 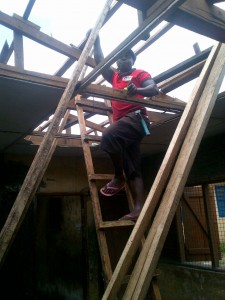 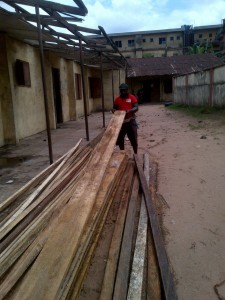 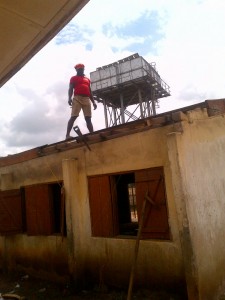 Construction work is in progress at the Samuel Njemanze Memorial Primary School Owerri, Imo State, Nigeria where WiN Foundation is assisting with the renovation of classrooms. Last month, When In Need Foundation donated several books and supplies to the Head Mistress of the School, its 288 students and 14 teachers and conducted a health screening and wellness fair for the school’s staff, market women and residents. CEO of When In Need Foundation, USA, Ms Chetachi Dunkley that her vision is to see the school transformed into a citadel of excellence with state of the art classrooms and infrastructure. She expressed that the school still children deserved the best of education and that a lot of work still needs to be done.
admin August 25, 2014 Blog

On July 24, When in Need Foundation (WiN) presented students of Samuel Njemanze Memorial Primary School Owerri Imo State, Nigeria with books, writing materials and supplies. In attendance to receive the donation was the Head Mistress of the School, its 288 students and 14 teachers. WiN Foundation also conducted a health fair that catered to 123 individuals made of the school’s staff, market women and residents of the immediate environs for high blood pressure screening and malaria. In addition, WiN Foundation is also assisting with the renovation of classrooms at the school. WiN Foundation’s goal is to assist with the complete renovation of the entire school, provide school uniforms, books and supplies to the children of the school. CEO of WiN Foundation, USA, Ms Chetachi Dunkley expressed her pleasure at this development but mentioned that a lot of work still needs to be done. Together, we can achieve more! Everybody is a Winner! 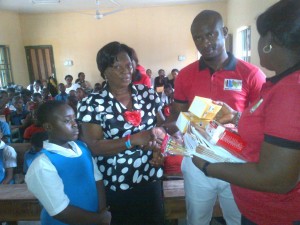 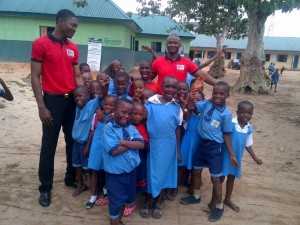 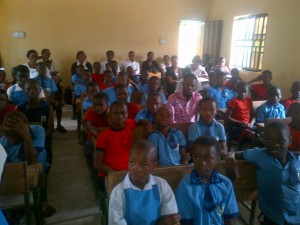 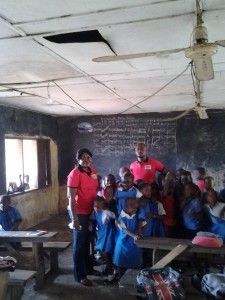 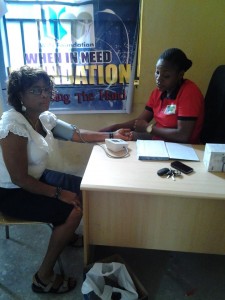 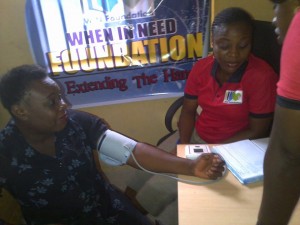 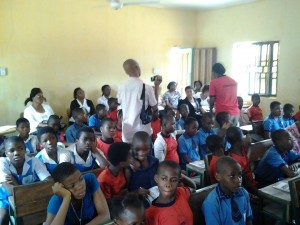 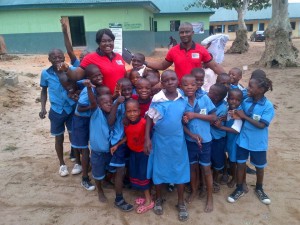 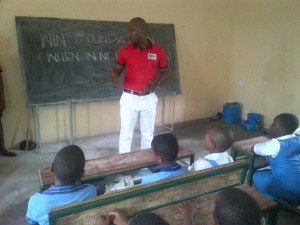 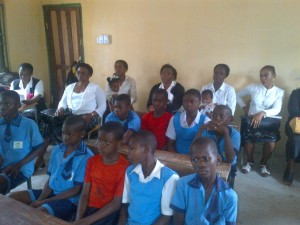 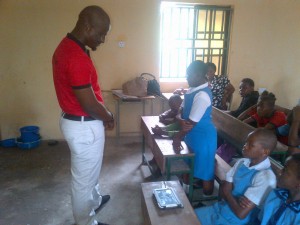 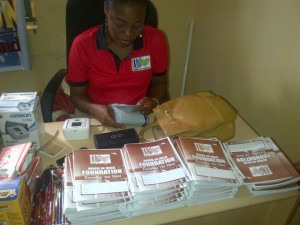 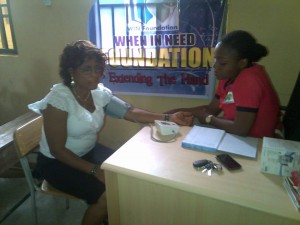 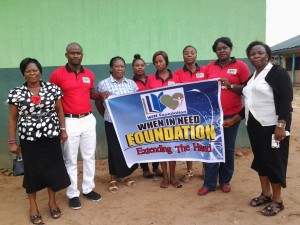 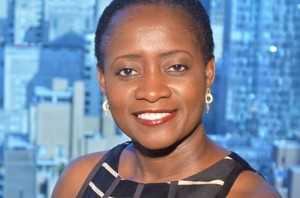 By Patricia Meschino | August 19, 2014 11:44 AM EDT http://www.billboard.com/biz/articles/news/global/6221868/chibase-productions-profile-african-music-label As the ancestral home of American jazz and the blues, Jamaican reggae and Trinidadian calypso, the music of Africa has had a far-reaching influence on genres throughout the world. Yet contemporary African artists, with few exceptions, struggle to impact beyond the continent, or fan bases within African expatriate communities in the U.S. and Europe. The recently formed New York City-based label ChiBase Productions aims to establish a mainstream presence for the diversified sounds emanating from a continent with over a billion people spread over some 50 countries, singing in a wide array of languages and dialects, juxtaposing cutting-edge technology with ancient traditions. ChiBase Productions’ Nigeria-born founder and president Chetachi Ecton was inspired to set up the label three years ago, following a Thanksgiving gathering in her Philadelphia home. “My (American-born) children were listening and dancing to these beautiful Nigerian songs that I had never heard before, so I wondered, if there is such lovely music being made in Africa, why isn’t it played on the radio or on TV here? So I decided to start a label that can take African music to the world and see what kind of difference it can make,” Ecton explained in an interview with Billboard at her midtown Manhattan office. Ecton presides over several successful enterprises, including a Philadelphia-based home healthcare agency and the When In Need (WIN) charitable foundation through which she is currently rebuilding and completely furnishing an elementary school in her hometown of Owerri (referred to as Nigeria’s entertainment capital). Ecton is a recipient of several citations for her achievements in business including the 2011 Entrepreneurship Award from Philadelphia’s African and Caribbean Business Council. Drawing from her business experience, passion for Africa and lifelong love for music, Ecton has structured ChiBase Productions as a one-stop entertainment platform offering artist development, licensing, joint ventures, distribution, marketing, touring and management services. “Somewhere in an African village there is another Alicia Keys, Mary. J Blige, Snoop Dogg or Rihanna; I want to help these struggling artists to flourish and become superstars somewhere else besides their country of origin,” stated Ecton, who recently visited several African nations where she met with artists with whom she is interested in working, although she did not disclose their names nor their (potential) affiliation with ChiBase. ChiBase Productions’ initial release, due early next year, will likely be a themed compilation album featuring African artists collaborating with acts of various backgrounds, offered ChiBase Productions’ senior vice president (and industry veteran) Cristy Barber. “Based on my experience, themed compilations will be the most effective way to break African artists in international markets, especially America,” notes Barber, a Grammy-nominated producer for the 2003 hip-hop/dancehall compilation Red Star Sounds Presents Def Jamaica (Island Def Jam/Def Jamaica), and a producer of the 2011 compilation Reggae’s Gone Country (VP Records/Warner Nashville), the first reggae album to reach the Country Album chart, peaking at no. 65. Barber’s 22 years spent working in the marketing and promotion of reggae at Columbia, Capitol, Elektra, Island/Def Jam, Universal, VP Records and the Marley Brothers’ Ghetto Youths International (where she is currently director of operations), she says, is directly applicable to propelling African artists’ careers beyond the continent. “I have focused my entire professional life on breaking Jamaican reggae acts in America, taking one culture to another, so it is a similar concept working with ChiBase’s African artists,” Barber told Billboard. INgrooves Music Group will handle the global digital distribution for ChiBase Productions, utilizing their complex network of 600 online and mobile destinations worldwide representing more than 100 territories. INgrooves’ senior vice president Olivier Chastan brought the deal to the company, which was finalized by Gregory Mateo, INgrooves’ director of label and artist development. INgrooves will coordinate their efforts with digital stores and streaming platforms with ChiBase’s marketing and promotional strategies. “In the beginning obviously the messaging has to come from the label to say this is what we are doing and why it is important, then as they regularly release music and build catalogue there will be opportunities for doing a label spotlight or a catalogue sale on iTunes, pitching with the priorities that we have for that week or month to get great positioning for them” notes Mateo, who, like Chastan, is eager to work with an African-centric label. “When the World Cup was held in South Africa in 2010, it seemed like African music would be put on a pedestal and people would discover new music, but that didn’t really happen so it’s exciting that now a US based label will curate the sounds coming from territories that you don’t normally hear from,” adds Mateo. The branding of ChiBase Productions begins with the label’s official (invitation-only) launch in midtown Manhattan on Aug. 30. The following evening, the company will co-sponsor the 9th annual Nigerian Entertainment Awards (NEA), to be held at NYU’s Skirball Center, which honors contributors in various sectors of that West African nation’s immense entertainment industry. Ms. Ecton believes the NEA’s untapped vast international appeal makes it an appropriate initiative for her label. “We want to sell the NEAs to the world and help them expand as part of our global vision for African music,” asserts Ecton. “Great Nigerian musicians like King Sunny Ade and the late Fela Kuti have attracted large audiences around the world and many more Africans can do the same thing if given the opportunities that we intend to provide for them.” Related News • Davido and Tiwa Savage Top Winners at MTV Africa Music Awards • Nigeria: The New Afrobeat • African American Music Museum on Track to Be Built in Nashville
admin August 25, 2014 Blog, News and Events