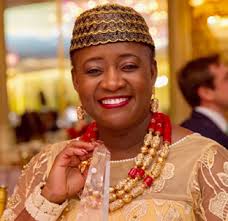 Meeting an outstanding leader is a definitely pleasure. Also, while listening to and learning what makes someone exceptional is another thing. Chetachi Ecton is indeed an individual determined to do her part in changing the world as much as possible through her work with the When In Need Foundation.

The When In Need Foundation is a 501c3 nonprofit organization created by a single mom named Chetachi Ecton. As a Nigerian immigrant to the U.S., Ecton knew first-hand what it means to be in need. After finding success through entrepreneurship, Ecton would often see devastating need as she traveled around the world.

Ecton started When In Need Foundation to show people the difference one person can make. In fact, the name of the foundation was a suggestion from her daughter.  Echton says to people wanting to know about to the foundation “To come and volunteer so they can see the work the foundation is doing.”  She also goes onto say “It is important to reach out to the children.  There are have been a few students we have sponsored with scholarships.”

With When In Need Foundation, Ecton has successfully completed several projects in dozens of countries around the world through the nonprofit’s Mission of Mercy outreach program. Mission of Mercy includes: medical missions, agricultural farming, water projects, and shoe projects.

In the U.S., When In Need Foundation does various community outreach initiatives in the Philadelphia and New York City areas. It also provides scholarships to young people in need who are entering post-secondary education. Ecton has funded the foundation through her own investment and fundraising efforts, along with a small team of volunteers.

Before their departure on Nov 15, 2016 the mission received media coverage from NY1 News and NBC Philadelphia.  As a result, more than 5000 people treated onsite for common illnesses such as: malaria diarrhea, deworming, high blood pressure, and diabetes, 11 hospitalized for severe illness and hospital bills paid by WIN Foundation and 2,723 pairs of eye glasses have been distributed.

When In Need Foundation already has its next mission planned for first quarter 2017.

For the upcoming mission, here is a link to the needed items.  As well, here is the link to her website and a link to where donations can be made. Stay in touch with the activities and updates of the foundation via social on Facebook, Twitter, LinkedIn, YouTube, and Google Plus.

Trackback from your site.